The Heart of Historic Route 66 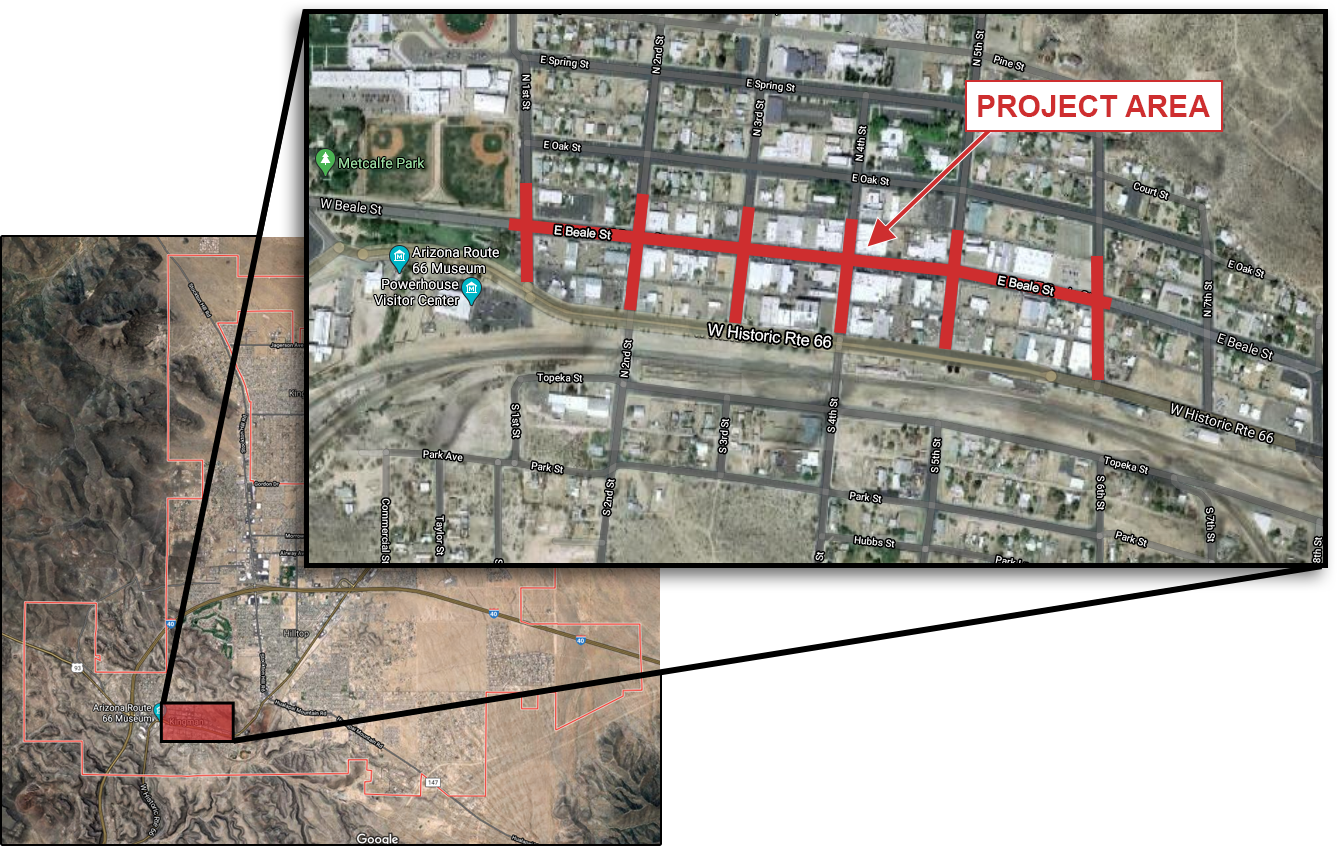 The City of Kingman has a vision to revitalize the Downtown area by improving the walkability and aesthetics for residents, merchants, and visitors while maintaining the historic character of Kingman. This will translate into a safe, attractive, comfortable complete street that connects bicyclists, pedestrians, and vehicular users to several destinations along Beale Street between First Street and Sixth Street with connections to Historic Route 66 (see project area map left).

The proposed project improvements will address infrastructure gaps and deficiencies by upgrading the pedestrian environment with compliant sidewalk, ramps and driveways per Americans with Disabilities Act (ADA) requirements. The improvements will also include landscaping, wayfinding, street furniture and other site amenities within the existing right-of-way. All these features contribute to the project placemaking resulting in development of a downtown theme and identity.

The City of Kingman has hired an engineering consultant (Wood Environment & Infrastructure) to develop the design concepts and detailed design for the proposed improvements. The project design phase was initiated in May 2020 and will be completed in Spring 2022. The construction phase will proceed after the design is complete and funding becomes available (see project schedule right).

Initial design concepts were developed and preferred concepts were selected based on public input. Concepts have been developed into final design as shown below. (click to view larger image) 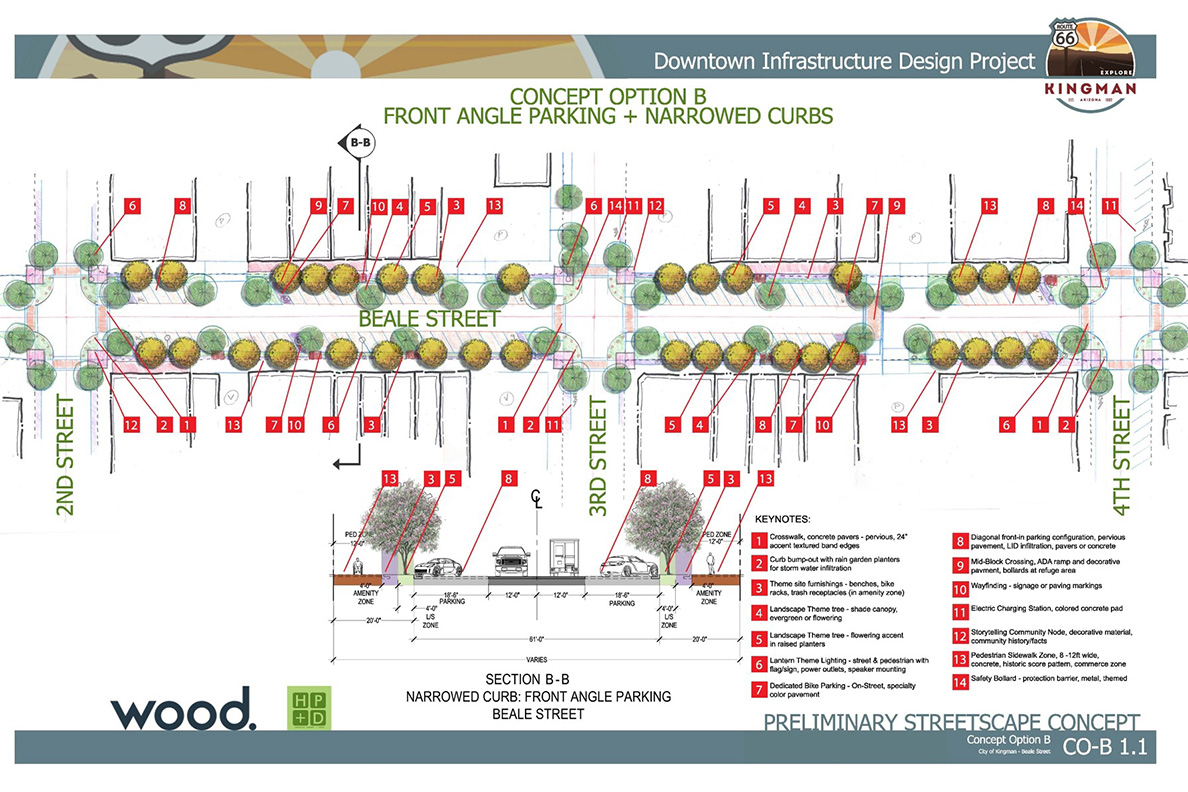 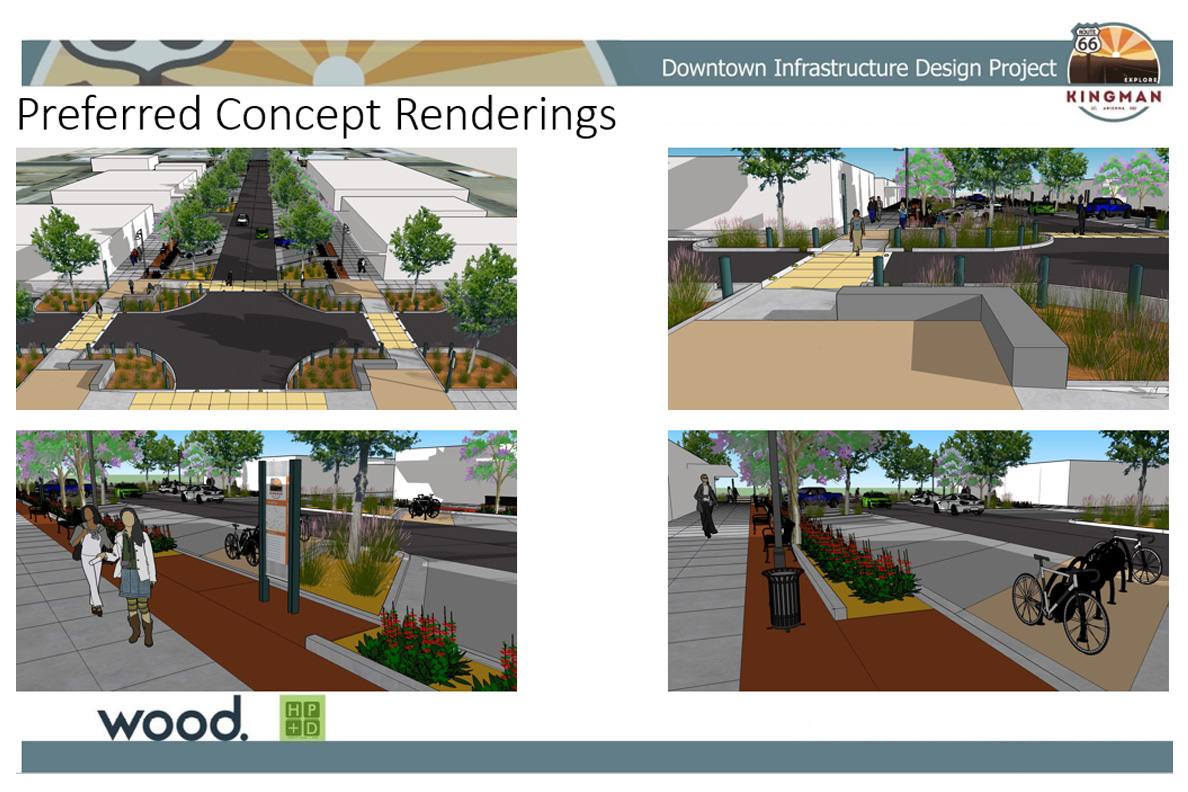 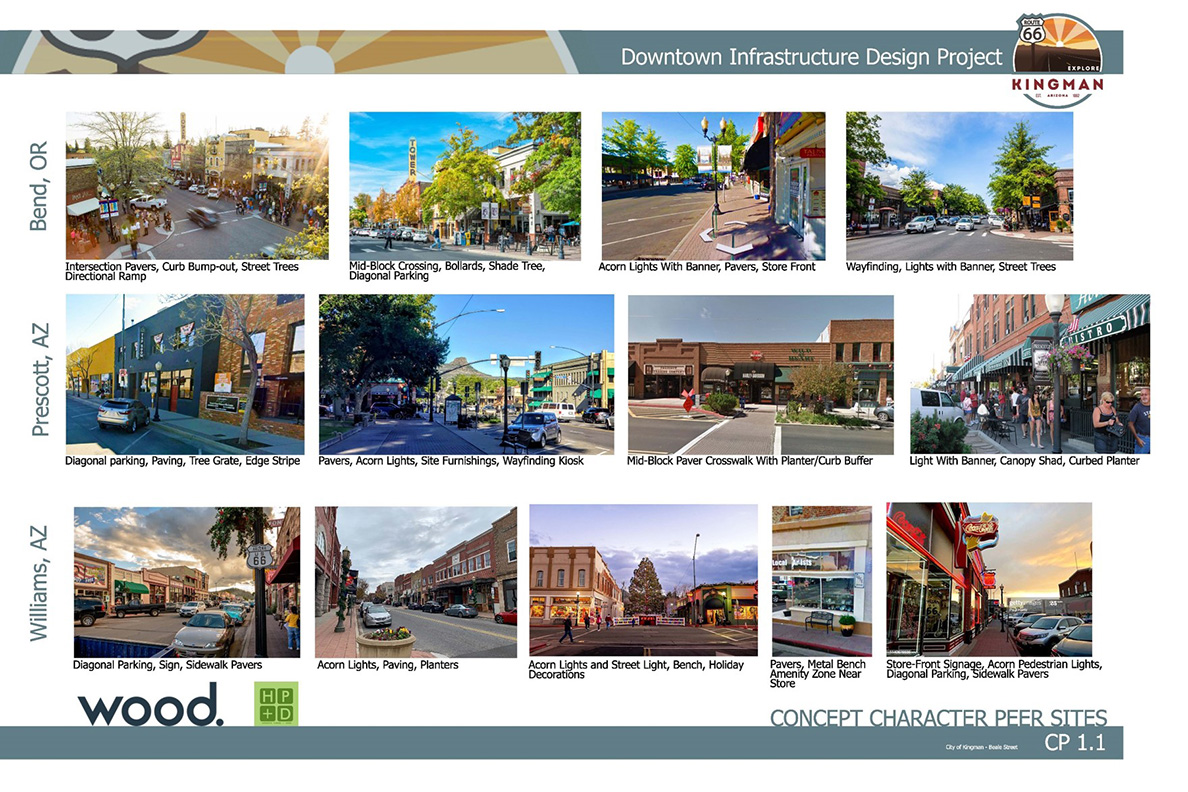 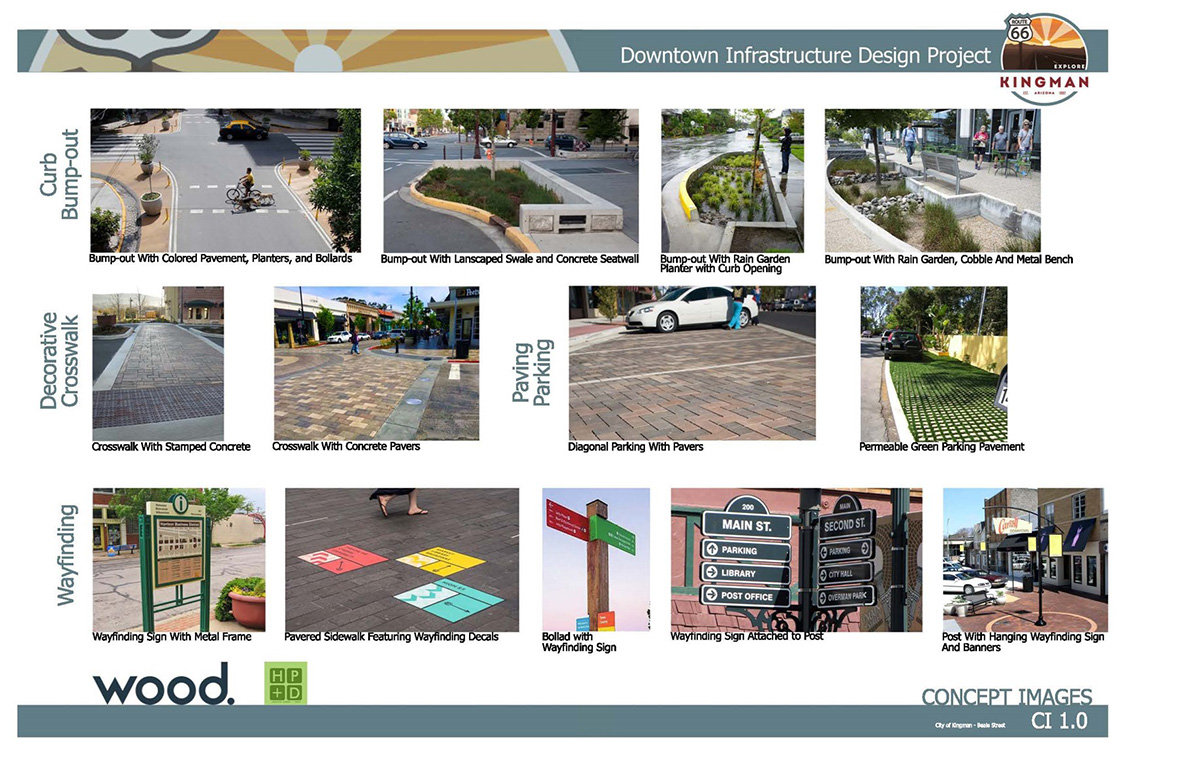 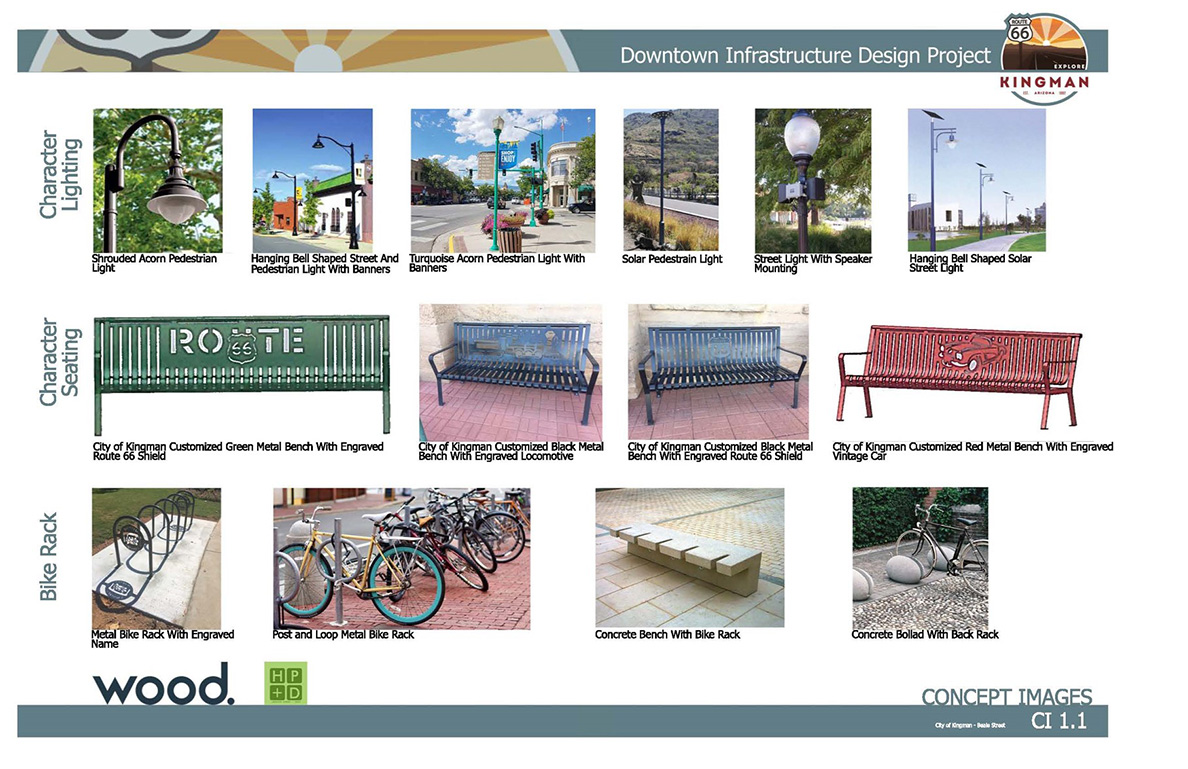 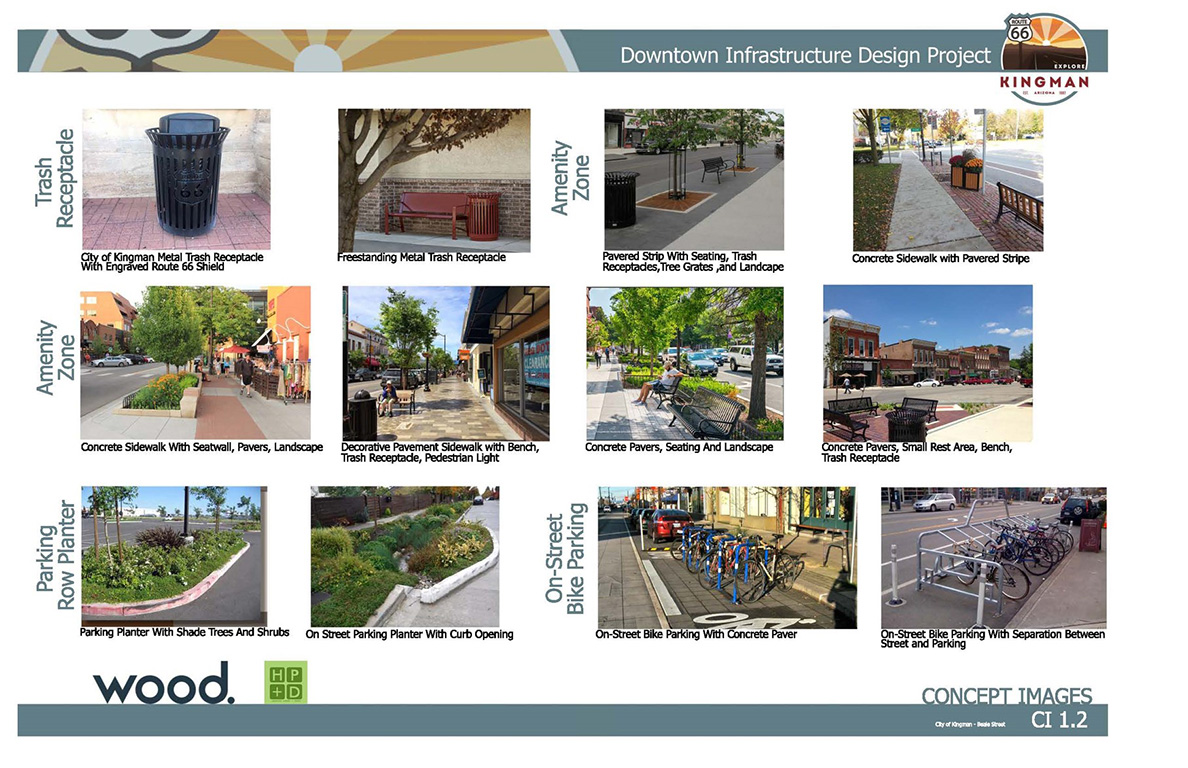 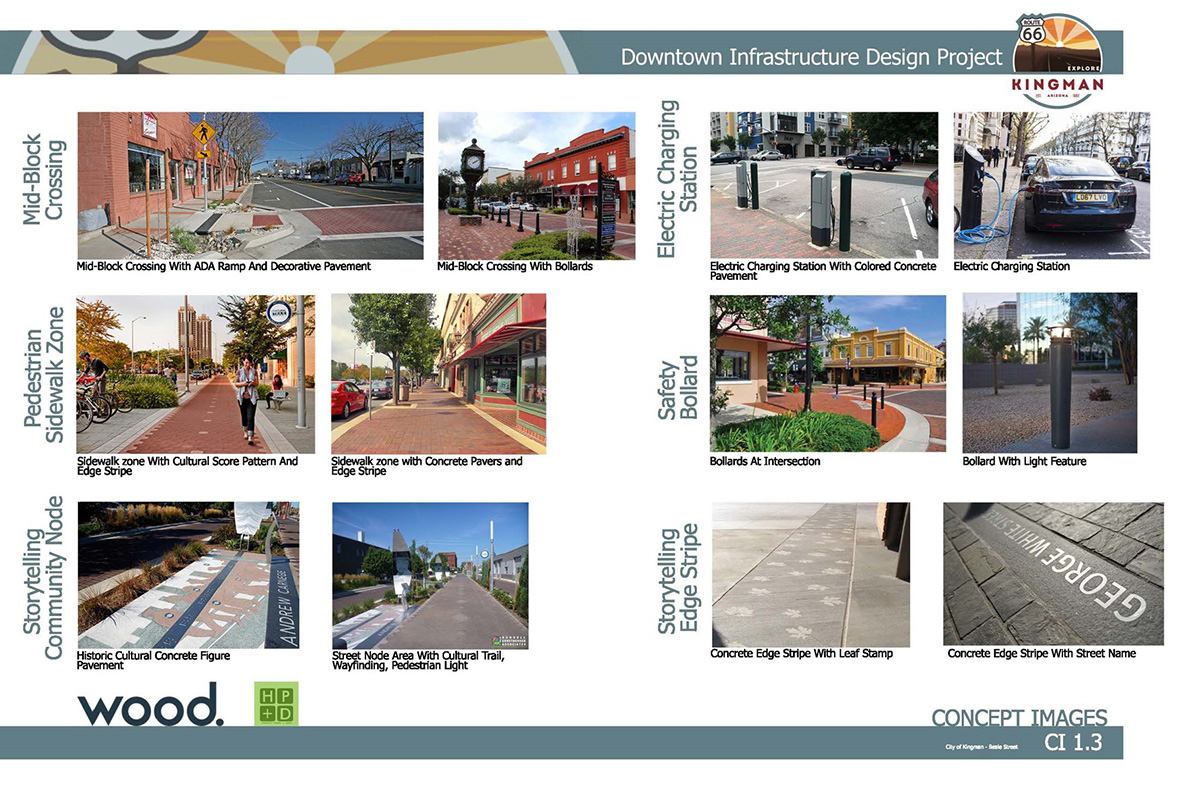 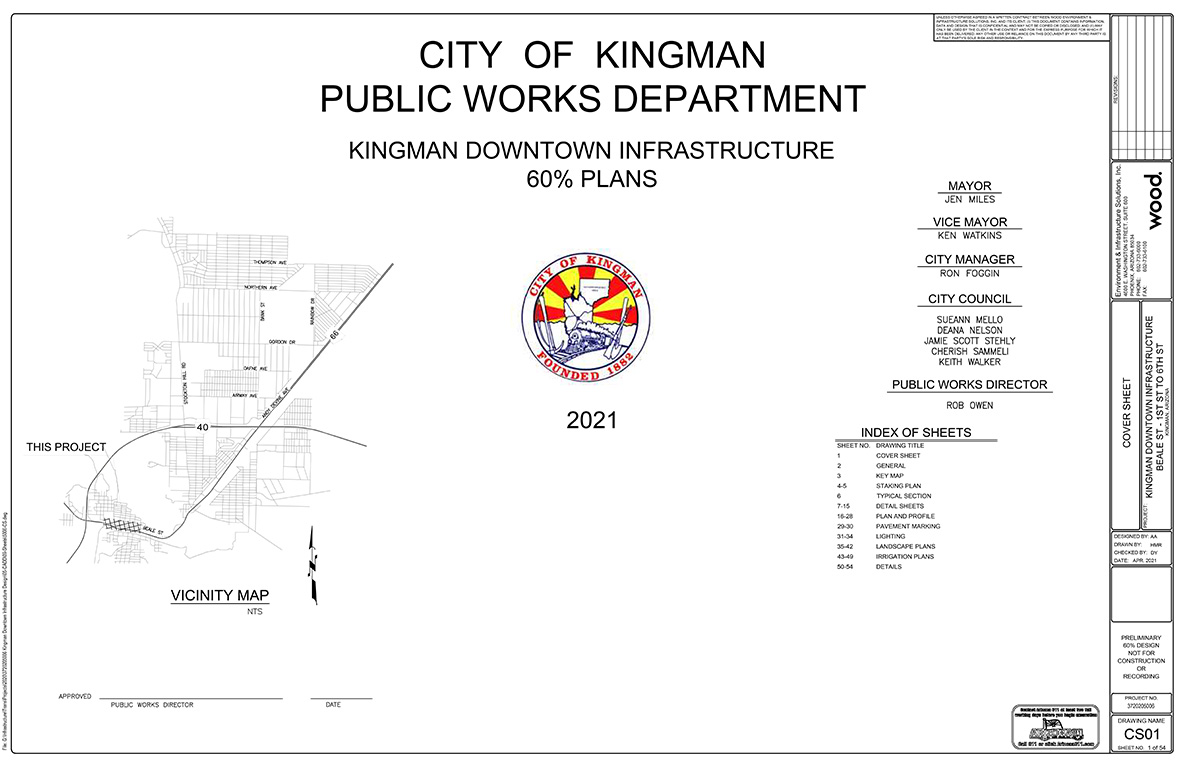 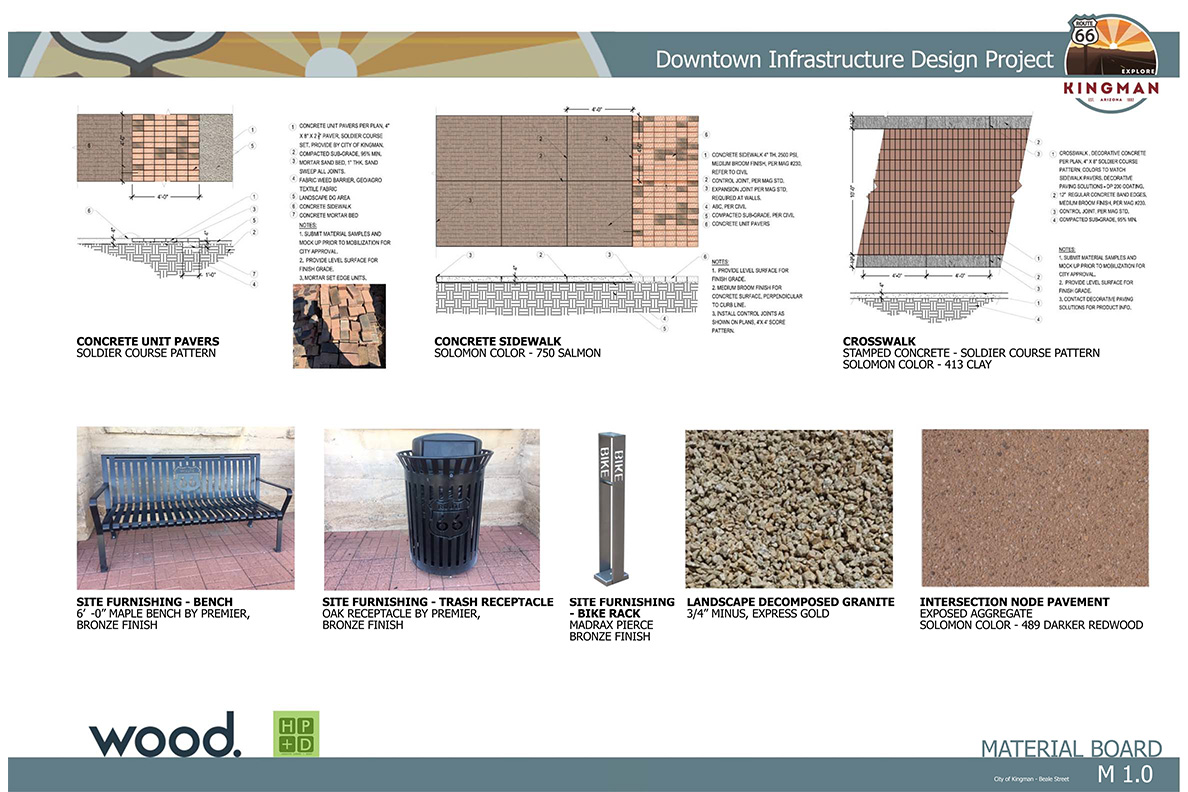 Street Furnishings and Material Board

The City of Kingman initially intended to use funds received from the American Rescue Plan Act (ARPA) for construction. This would have required the project be completed as a design, bid, build delivery. The ARPA funds were reallocated which allowed an opportunity for alternative delivery options. The project team has selected the Construction Manager At Risk (CMAR) delivery method for the downtown project. This process selects a contractor based on qualifications and experience with similar projects. The City has delivered multiple successful projects utilizing the CMAR process. This delivery method provides the best opportunity for flexibility and project planning.

Where Are We Now?

The City solicited a Request for Qualifications (RFQ) for a contractor. A single submittal was received. Based on state statutes, as well as the size and complexity of the project, the solicitation will be re-advertised in an effort to obtain multiple submittals. Once contractor selection is complete, the design and planning of the project will resume.

Opportunities for public comment on the proposed design concepts will be available through the website and other means.

To provide comments on the final design, please use contact form below.

For questions or comments about the project, please contact:

or fill out the form. 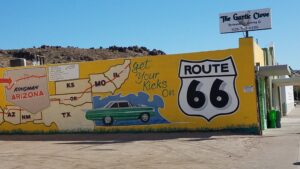 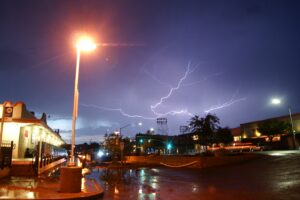 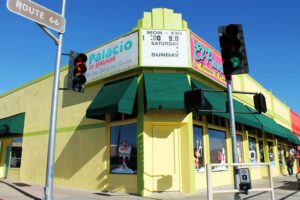 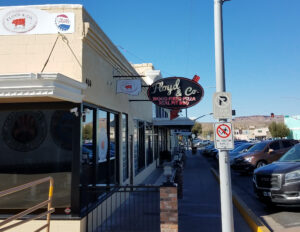 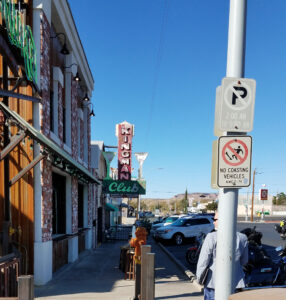 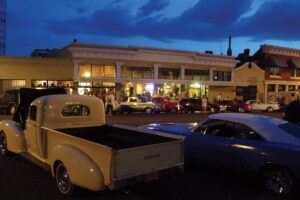 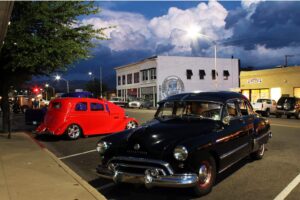 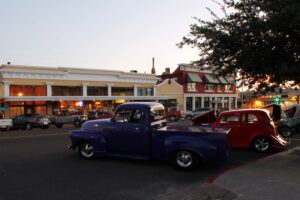 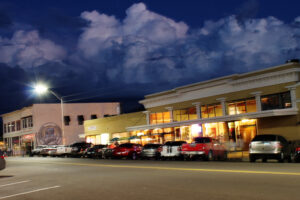 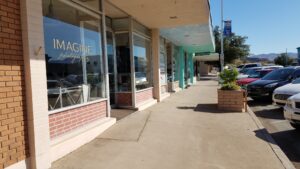 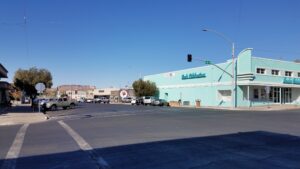 © 2023 City of Kingman. Created by Wood Environment and Infrastructure.